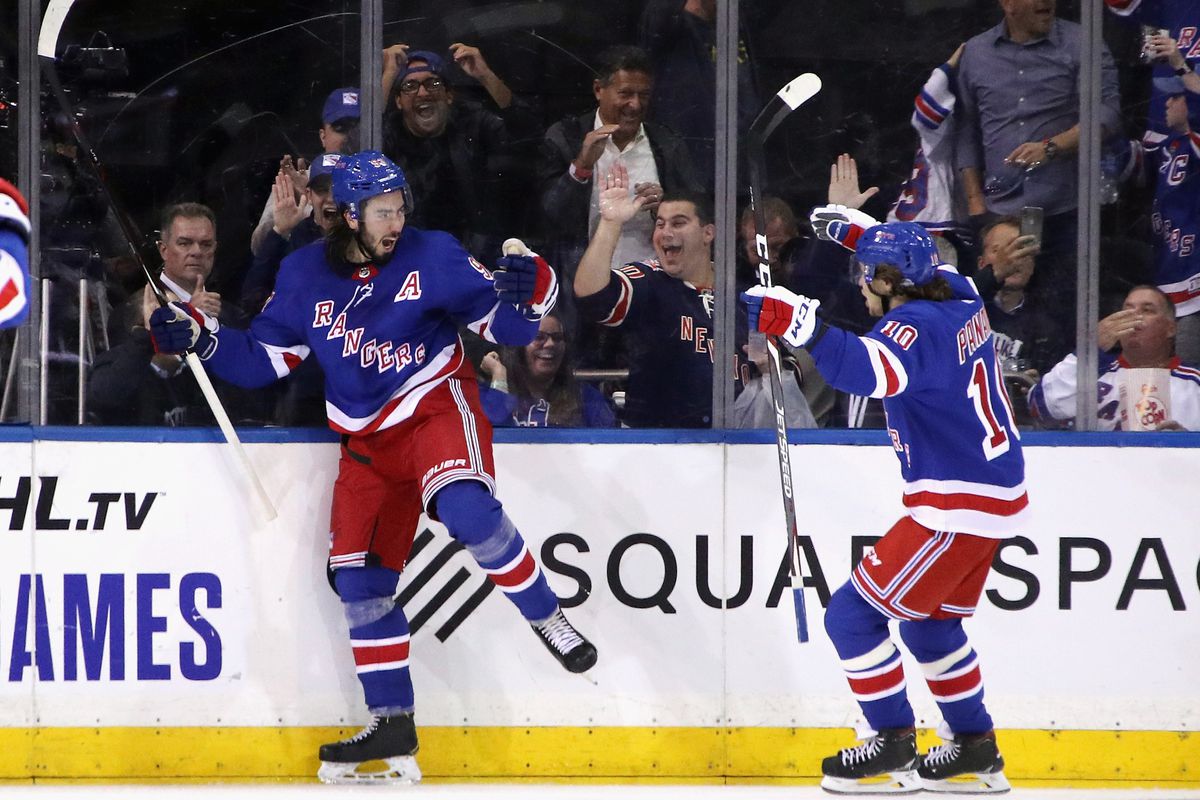 Sunday night, Igor Shesterkin recorded his fifth career win. Shesterkin allowed just one goal on 43 shots in a winning effort. With a win, the 24-year-old improved to 5-1-0 in his NHL career. Shesterkin was named the first star for his performance.

The Rangers opened the scoring just over two minutes into the game on a goal by Greg McKegg. A 1-0 score line would hold until the third period when the Rangers extended their lead through rookie forward Kaapo Kakko. Kakko’s goal was his eighth of the season which tied the Rangers record for most goals by an 18-year-old in team history.

“I just like the fact he’s going to the net,” Quinn said. “The assist he got the other night he was around the net; (Sunday) he gets a goal being at the net. He’s just playing with more pace and more confidence and much better defensively the last few games. He’s played well.”

After conceding a response goal to Trevor Moore, Artemi Panarin would once again give the Blueshirts a two-goal lead with just under three minutes left. Tony DeAngelo would add an empty net goal and seal the win for the Rangers.

After the game, Quinn hinted that the Ranger’s three headed goalie monster may be nearing its conclusion. “The best guy is going to continue to play. Keeping people sharp is no longer a high priority of ours,” Quinn said. “It’s going to be winning hockey games, and the guy who plays well is going to keep playing.”

Quinn will ride the hot hand and stick with Shesterkin in Winnipeg. Shesterkin will play in his first career road game after starting his first six games in Madison Square Garden. The Russian born goaltender currently has a 2.34 goals against average and a .933 save percentage.

In the first meeting of the season, the Rangers defeated the Jets 6-4 in the season opener. Mika Zibanejad registered four points, and Jacob Trouba recorded three points against his former team. Now Trouba will return to Winnipeg for the first time since being traded over the summer. In the trade, the Rangers returned Winnipeg’s original first round pick and defenseman Neal Pionk. Pionk is having a career season in his first season as a member of the Jets. The 24-year-old has recorded 37 points in 57 games this season. In his previous 101 career games with the Rangers, Pionk registered a combined 40 points.

The Jets offense is led by their top line consisting of Kyle Connor, Mark Scheifele and Patrik Laine. Each has recorded over 20 goals and 50 points. On the second line, the Jets have Blake Wheeler and Nikolaj Ehlers who each have recorded over 40 points and are nearing 20 goals. The Jets will rely on their top players in hopes to extend their win streak to four games.

Connor Hellebuyck will get the start for the Jets. Hellebuyck is 24-16-5 with a 2.67 goals against average and a .920 save percentage. Hellebuyck allowed five goals on 31 shots in the season opener.

While the focus will be on Trouba’s return, Brendan Lemieux will also be making his return to Winnipeg since being acquired by the Rangers at the 2019 trade deadline. Lemieux played 53 games with Winnipeg prior to being traded. Lemieux recorded 12 points with the Jets before being traded. As a member of the Blueshirts, Lemieux has recorded 21 points in 62 games. 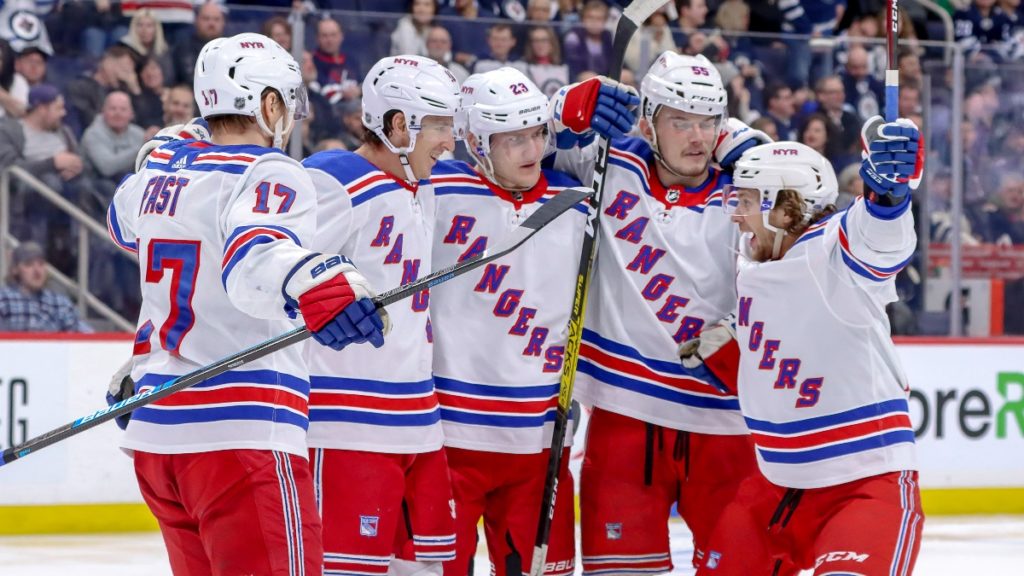 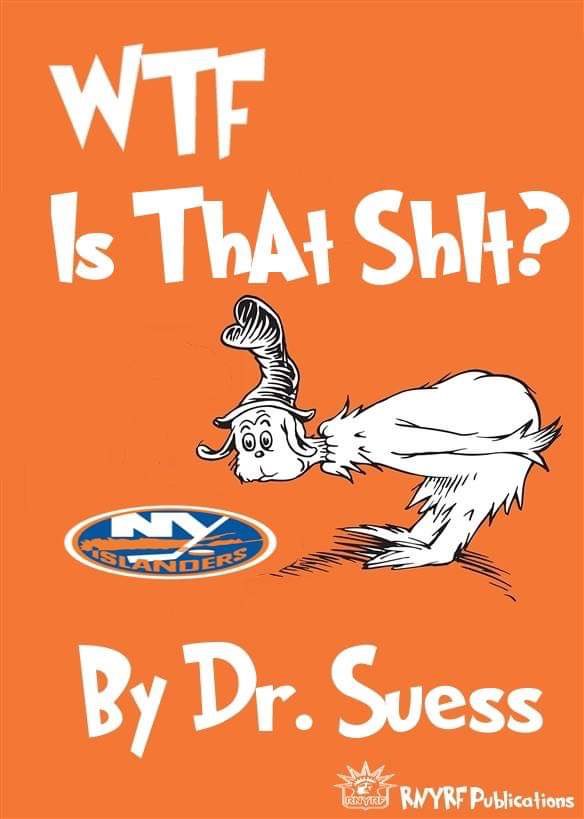 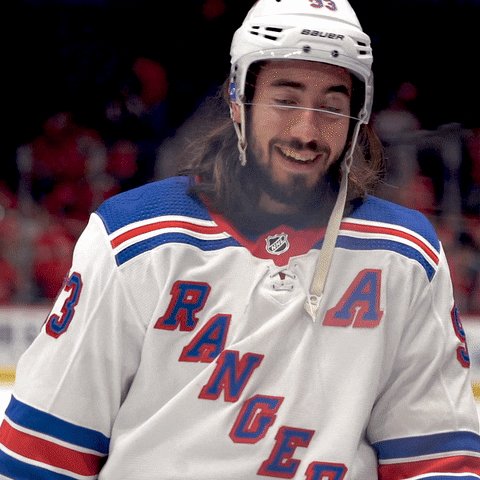