After a busy week of chaos and confusion in both state politics and a law school classroom (Don’t know which one is actually worse), I am back with a much needed blueshirts post-game recap. Let’s just hit the nail on the head, the boys are HOT right now. Coming off of a big win at home against Tampa Bay last week, the Rangers looked to continue their success against another difficult opponent while on the road in Nashville.

Now I will say this as calm as I possibly can….it finally happened. After years of pleading, begging and even sometimes just outright praying with unnecessary public displays of overt Catholicism. The New York Rangers made Marc Staal a healthy scratch for the first time in thirteen years. Meaning most importantly, I was finally able to enjoy a professional hockey game without worrying about making witty and derogatory comments and comparisons about the flaming, human garbage barge that is Marc Staal. With that being said, it was ironic that the first time Rangers fans would see Staal in the press box was on Dan Girardi Appreciation Night, after the years of success the two had in New York back in the day. It’s almost as if maybe Staal should take hint and get ready to take an honorary faceoff in 2024 and just head home to Thunder Bay for now. However, to get back on topic, the Rangers managed to play their most complete game of the season despite the absences of both Marc Staal and Mika Zibanejad, who were replaced by both Chytil and Lindgren, making their 2019-2020 season debuts for the team. Despite the youth and inexperience throughout the lineup card, the Rangers outplayed the Lightning and left MSG with a solid 4-1 victory and again looked to carry this much needed momentum in their next match-up against the Predators. David Quinn opted to stick with the same line-up and even deciding to play Georgiev after his most recent impressive outing. With the young guns in and six defenseman with competent and full functioning extremities for the first time since 2007, the Rangers took the ice in Nashville at both a strange and inconvenient time of 2:00pm, hoping to win their second game in a row.

The Rangers appeared to control the pace game of the almost immediately, even managing to draw a penalty only 00:49 into the first period. Despite the man advantage not resulting in a goal, the blueshirts were flying all over the ice. They were standing up Nashville forwards before the blue line and didn’t allow much pressure or time in their own end. Aspects of their game that appeared to be blatantly missing for the first few weeks of the season. One of the most obvious standouts from the beginning of the game was newly recalled forward, Filip Chytil, who was centering the second line between Pavel Buchnevich and Chris Kreider. Chytil continued to play with a sense of urgency and desperation that has seemed to signal to coaches and spectator that he does not plan on return to Hartford any time soon. Speaking of the devil, at 16:05 of the first period Chytil opened up the scoring after a 2 on 1 rush into the Nashville end. Chytil made a beautiful toe-drag move past the sprawling Predators defender and wired the puck past Juuse Saros, giving the Rangers a 1-0 lead.

The first period ended with the score the same.

Early in the second period Rangers forward Michael Haley looked to ensure the Rangers continued with their momentum and dropped the mitts with fellow tough guy, Austin Watson. For those who don’t remember, Haley also fought Lightning forward, Patrick Maroon in their previous matchup which resulted in Maroon getting absolutely buckled by a right cross. This tilt was no different as Haley clearly had the upper hand against the larger Watson before falling to the ice.

Only a few minutes later the Rangers struck again. At 04:16 of the second period, Ryan Strome continued to stay red hot and buried a silky pass from Panarin over the shoulder of the Nashville goaltender.

That gave Strome his sixth point in his last six games, a personal record for the former Islanders first round pick… The Rangers continued to apply pressure in the Nashville end throughout the period, but were once again guilty of a few too many penalties against an experienced and skilled Predators team. At 14:34 of the second period Nashville finally got on the board due to the beautiful deflection by forward Viktor Arvidsson off of a point shot. The period ended with the Rangers in front 2-1.

The third period started with this young Rangers team hoping to do something that they haven’t been able to do in a long time, which was maintain both a third period lead and a one goal lead at that. They looked to continue to pressure the Predators in their own end and forced numerous turnovers at both the Nashville blue line and at center ice, where the notorious Predators defenders were hoping to join the rush. Despite numerous chances, both goaltenders stood on their heads. Georgiev managed to find multiple loose pucks in the midst of screens and chaos in front of him to preserve the Rangers lead. Also, backup goaltender Juuse Saros made some incredible saves, most notably robbing Chytil of his second goal of the game on a breakaway.

Of course the Rangers did everything they possibly could to not make this game easy, with less than five minutes left in the game the Rangers were victims of back-to-back minor penalties. Despite this, the Rangers penalty kill did a great job of keeping Nashville from setting up any kind of established pressure and closed the well-rounded game out in front of a rowdy afternoon crowd to win their second straight game.

The Rangers will be back in action in only a few hours to take on the Ottawa Senators for the second time this season. This will mark the beginning of a brief two game home stand this week before heading down to my neck of the woods to take on the Hartford Whalers, currently known as the Carolina Hurricanes later this week. David Quinn again opted to stick with the exact same lineup, embodying the mantra of “If it ain’t broke than don’t fix it”. So you’re telling me I get to watch three straight games without seeing number 18 send a wrist shot over the boards and into row E, say less.

The Rangers were back in action Monday night against Nashville, returning back to New York after a lengthy road trip to...

The Rangers were back in action Sunday afternoon to finish up their four game road trip out West against the Ducks....

After stealing a game in Raleigh, the Rangers were back at it on Sunday against the Florida Panthers or as they...

Remember AV is a good coach. He will get you into the playoffs every year but...... you will not win. That's his M.O. Have fun Philly 🤣. #NYRvsPHI
View on Twitter

You know if Kreider got traded he would stay healthy but of course because he signed he fractured his foot! Just our luck #nyr https://t.co/5QgkqW6Fpr
View on Twitter 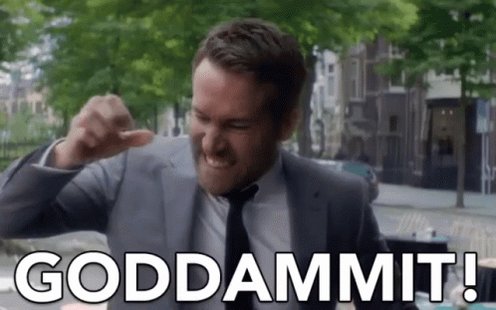